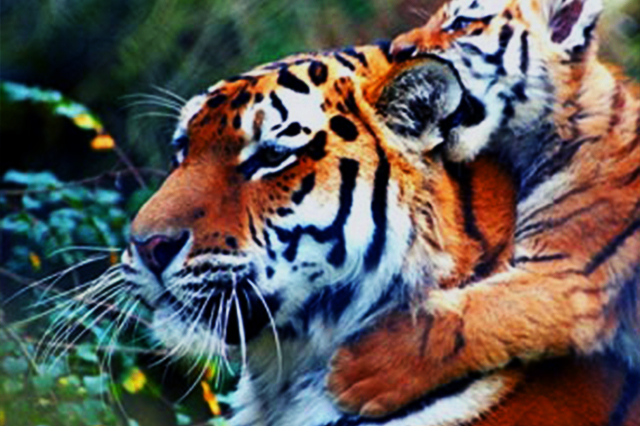 Located by the side of the river Periyar, the Periyar Wildlife Sanctuary is the main attraction of Thekkady and it is 25 km away from the plantation bungalow. Spread over an area of about 777 sq km with about 360 sq. km of which is thick evergreen forest, the sanctuary was declared a Tiger Reserve in 1978. However, the Periyar Wildlife Sanctuary can also be recognized as one of the natural treasure houses of some of the rare species of flora and fauna. The flora of the park includes over flowering plants, grass species, species of orchids and the only South Indian conifer Podocarpus Wallichianus. Apart from the tigers, the fauna of the park includes wild elephant, gaur, sambar deer, wild boar, Nilgir Tahr, lion-tailed macaque, bonnet macaque, Malabar giant squirrel, flying squirrel, tiger, jungle cat, sloth bear, hornbill, stork, woodpecker, kingfisher, raptor, cormorant, grackle, darter, cobra, viper, krait, monitor lizards, frogs, toads, masheer (famous and endangered game fish of India) and otter. The greatest attraction of Periyar remains the large herds of wild elephants that come down to the lake's edge. 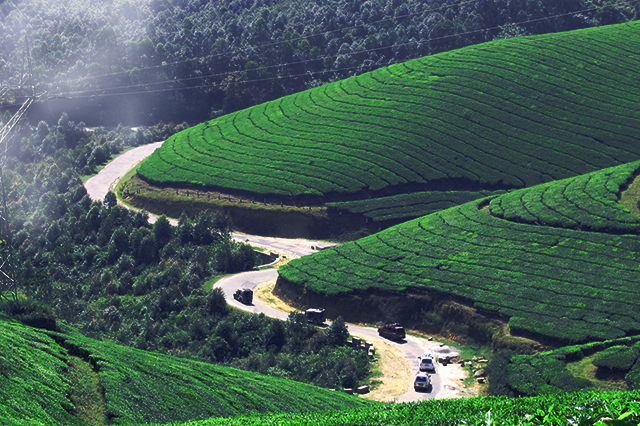 Breathtakingly beautiful - a haven of peace and tranquility - the idyllic tourist destination in God's own country. Munnar is 64 km away from the plantation bungalow. Set at an altitude of 6000 ft in the Idukki district, Munnar was the favored summer resort of the erstwhile British rulers in the colonial days. Unending expanses of tea plantations - pristine valleys and mountains- exotic species of flora and fauna in its wild sanctuaries and forests.

In the heart of the District lies the 'IDUKKI DAM' - Asia's biggest Arch Dam of 555 feet height proudly standing between the two mountains - 'Kuravanmala' (839 meters) and 'Kurathimala' (925 meters). This is yet another attraction 28 km away from the bungalow. This prestigious project of our nation is situated in Idukki District and its underground Power House is located at Moolamattom which is about 19 km from Thodupuzha. Idukki Dam is 43 km away from Moolamattom.